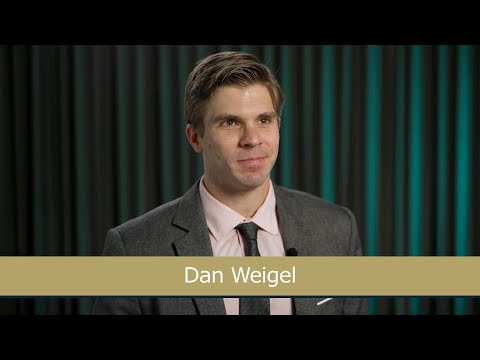 Daniel H. Weigel graduated from the University of Notre Dame where he majored in Political Science. From there, he went on to Emory University Law School where he developed a particular passion for Intellectual Property. He took six courses in the area, including a Litigation Practicum, where he assisted practicing attorneys on active intellectual property cases, getting the opportunity to directly advise clients at various stages of litigation. This passion also led to his selection by the Emory Law Intellectual Property faculty for membership in the Atlanta Intellectual Property Inn of Court. Additionally, upon graduating, he received the ABA/BNA award for Excellence in the Study of Intellectual Property.

During law school, Mr. Weigel was dedicated to defending the constitutional rights of marginalized individuals in the criminal justice system, while gaining meaningful client and courtroom experience. As a student attorney at Emory Law’s Barton Juvenile Defender Clinic, he defended juveniles in court, and, for one client, assisted in drafting an appellate brief to the Georgia Court of Appeals. Later, as an extern with the Newton County Public Defender’s Office, he represented indigent clients charged with felonies and misdemeanors in superior court, advocating on their behalf at preliminary, sentencing, and motion hearings.

In his spare time throughout law school, Mr. Weigel volunteered as a member of the Emory Public Interest Committee (EPIC), and also as a local youth basketball coach.